So someone read this blog and saw the recent posts about her sister and brother and suddenly she was giving me the eye and wanting to know where her post was. 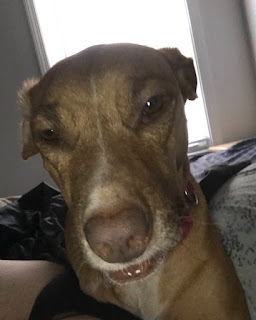 So even though her anniversary here isn't until August, to keep the peace, here's a post for Merida.

She's been here a year and a half now, and she'd definitely made herself at home. 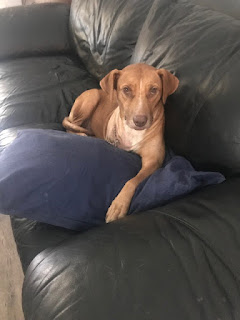 Despite being "differently abled", she's the most active and aggressive member of the pack now because she's still fairly young. 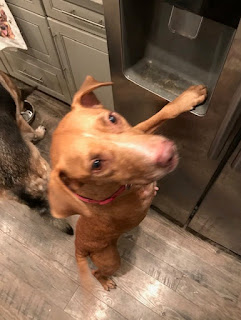 She's only about 45lbs, but she's rock solid and she's learned how to throw that mass around to her advantage, knocking the bigger shepherds aside whenever they get between her and something she wants. But she still loves them. 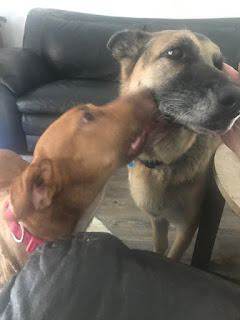 And for so long, I wanted a dog I could wrestle and roughhouse with. The Shepherds are good for a lot of stuff, but they don't care to be tossed around or messed with. It's never been their thing. This one though? She lives for it. Nothing makes her happier than a good tussle. The downside I never thought about? She often wants to do this when I don't want to...like first thing in the morning when I'm still trying to sleep. Her signature move is to step on me with her one front leg, then drop on me like Superfly Snuka. And when I push her away, that mouth full of no front teeth can get a very impressive hold on my forearm if I'm not careful. She wants to play and play hard and I really don't get much choice. She's a little badass and she knows it. 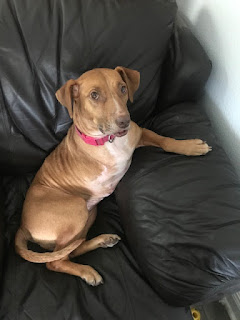 This is also why she's banned from the dog park--she'll take on dogs twice her size and whup 'em, and with other animals, she's not playing. She goes right for the throat and if she had all her teeth I'd have been paying some serious vet bills...and she's taken out three of my chickens already even without those teeth. 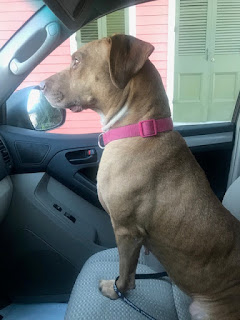 "Fuck around and find out. I dare ya."

But she's got her soft, girly side too, and her other favorite activity is snuggling, and whenever I sit or lie down, she's gotta get right in there too, because she's decided that her place is wherever I'm at. And it's hard to stay mad at this little Tasmanian Devil for long, because she's got the gift of cute, and she works it. 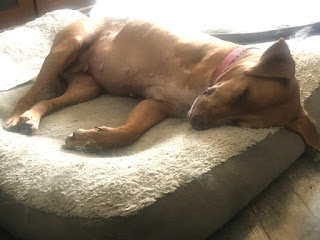