And I realize that it's been hella long, but the old electronic gear wasn't doing it, and trying to do Blogger from an iPhone was quite the exercise in frustration. But now I have a new computer that runs something more modern than Windows 7 (Don't judge me!) and it plays nice with the new phone I had to buy last week when the iPhone 5 finally bit the dust.  In sum, I'm reasonably modernized and connected again.

So...where to start?  The three doggoes are still here and doing fine. Murphy had a toe removed last month do to an infection that wouldn't stop, and he also had a fractured tooth with an underlying abscess removed and fixed, so he's feeling fine again and I'm feeling poor. (Vet bill for him alone last month was higher than my mortgage payment.) But he's my pal, so... 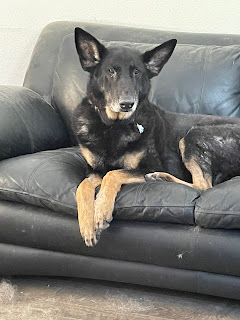 "Three-toed Murphy" he shall be known as.

And it was worth it to see how much better he walked and ate after doing all this work. Apparently he'd been masking it well but it had been impeding him a lot. 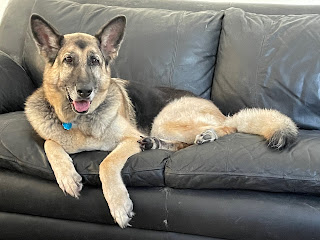 And Merida...Sigh. There's always one. 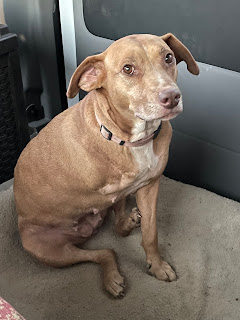 Don't let the cute face fool you...Baby Murder Dog has killed four chickens and a pigeon in recent months. but when not slaughtering domestic livestock, she's really quite cuddly. 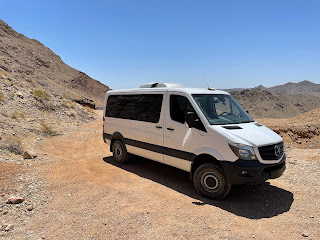 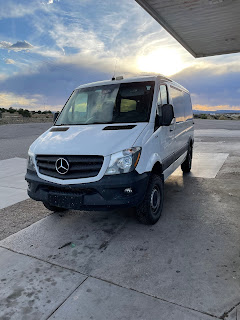 I picked this up  at auction a couple months back. It's diesel and 4-wheel drive and it's factory built for off-road use. I'm converting it into a camper and I just finished a first trial trip with it, going from Louisiana to the California desert and back, Stopping to visit friends along the way, of course. It's still a work in progress, but it's performance was flawless this time out, between pulling 16mpg hwy and clawing up jeep trails in the desert, it did everything I asked of it. Right now there's a bed in the back but a kitchen and solar power system are coming next. Merida came along with me on this trip and while she's not exactly an adventure dog (she prefers to sleep in or under the truck), she nonetheless had a good time, being it "standing on the corner in Winslow, Arizona" 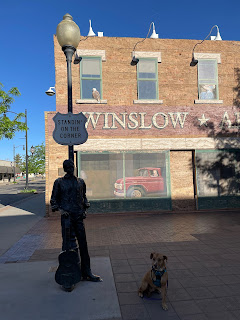 or hanging out at Hoover Dam 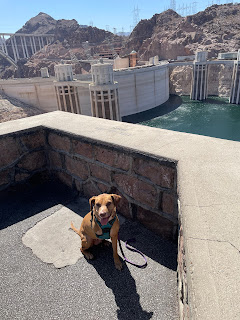 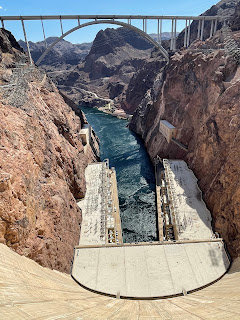 Or melting in the California Desert 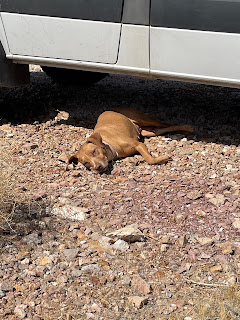 She even saw Mexico and had a real taco. 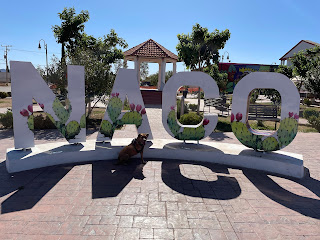 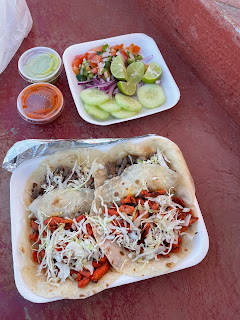 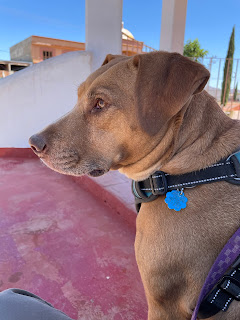 Not an unhappy dog.
But now we're home and I've got 21st century tech finally and blogging shall resume, with stories and pics and other musings on our pre-apocalyptic days. But I'm only sticking around so long as I get the idea that I'm not just posting for the same six readers. If you're still out there, let me know, eh?