I'm still around--honest. I keep meaning to post but wow--so busy. Not busy enough to keep me from picking up a new gun though, and this after I promised myself I'd quit buying them. (In fact, I've been selling a few to thin the collection a bit.)

This one came along at a stupid low price and since I'm really enjoying shooting clays as of late I could not say no.

Gun is a Remington Model 11, 12 gauge, semi automatic. If it looks like a Browning A5, that's because it is. When John Moses Browning designed that gun in 1898, it was a revolutionary firearm. As was usual back then, Browning took his ideas to American companies like Winchester and Remington and they turned him down. So he took them to Fabrique Nationale in Belgium and that firm made tons of money and produced this gun in particular for ninety-eight years. In 1905 though, Remington also decided that they wanted it so they worked out a deal where Remington made them here in the US from 1905 until 1947 when they replaced it with the 11-48. This particular one, per it's serial number and barrel date code, was made in October of 1943, and some of it's markings attest to the fact that it was made for a special customer. 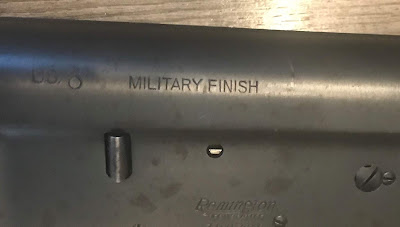 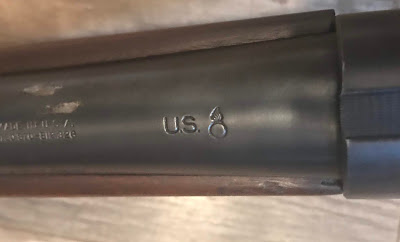 During World War Two, the US government was buying most anything decent that could shoot and a lot of these were purchased as training guns for anti-aircraft gunners and as recreational tools for officers and airmen. Some with shorter barrels were used for guard duty and a few even made it into combat zones as fighting iron. This one still sports it's 26" barrel though and was probably a trainer or sporter. The history on these is all over the place but the provenance is there in it's markings and date codes, all of which match up.

In face the only flaw in this gun from a collector's point is one gouge on the left side of the stock right where an inspector's stamp would likely be and there's actually the faint remains of an ordnance wheel just ahead of it. I'm willing to bet that if that gouge wasn't there we'd see the initials "FJA" for Frank J. Atwood, military inspector, right there. 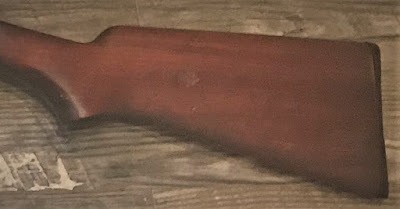 Still. Sweet gun, clean, and I had the chance to pick up for just over $300 so I wasn't about to say pass on it. 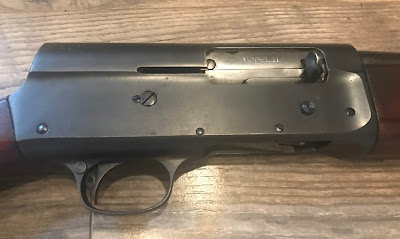 Now as soon as the range quits being underwater I'm looking forward to trying it out.
Posted by Murphy's Law at 2:51 PM