Of dogs and decadence 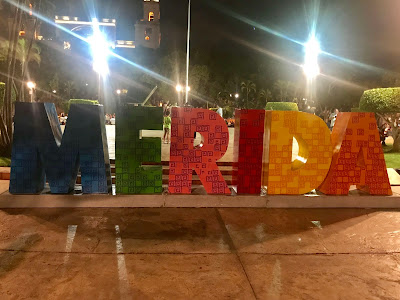 She went to the vet today. Needed a bath bad. Hadn't had one since who knows when and she was greasy and grimy. They said the water turned black and I believe it because she's noticeably lighter now and much more pleasant to touch. Smells better too. The vet techs could not believe the change in her disposition in just a week, from scared and withdrawn to cheerful and loving. She'd doing great.

Back home, she kept me company outside while I tried (and failed) to fix my flood-damaged lawn mower, which apparently went under water while I was in Mexico. I got it from "won't start" to "almost stays running" but I can't quite knack it. I guess it's into the mower shop. Sigh. But she stayed out with me while the other two went right back in for air conditioning. Loyalty. 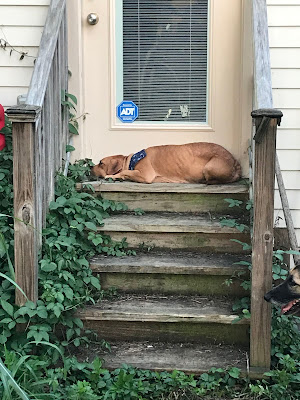 Now she's dozing on the sofa. Shame on her...but too cute to kick off. 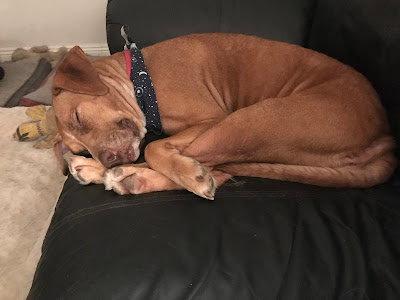 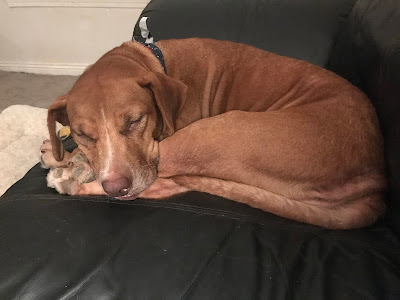 But lest you think it's been all dog all the time, I did get out to Mid-Summer Mardi Gras uptown this week-end. There was a parade and adult beverages were consumed. 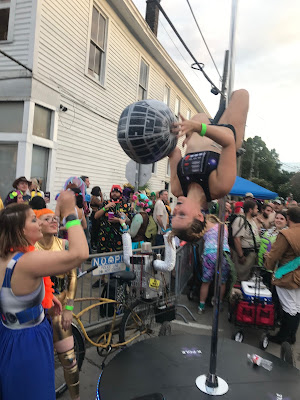 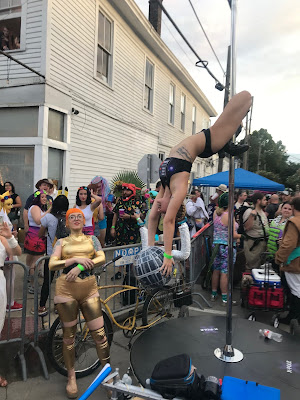 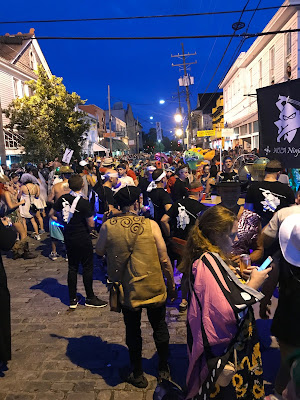 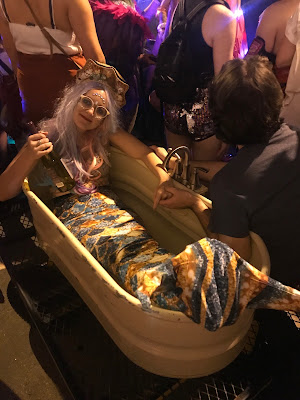 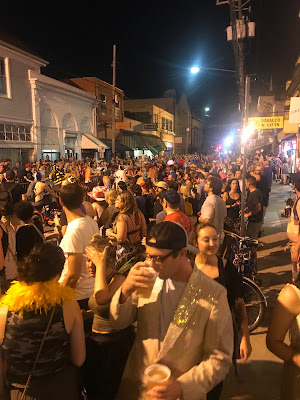 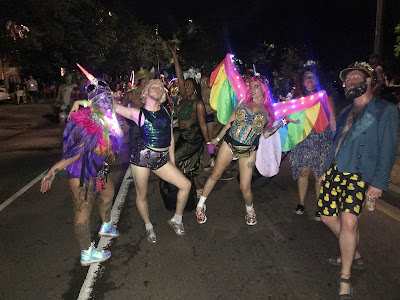 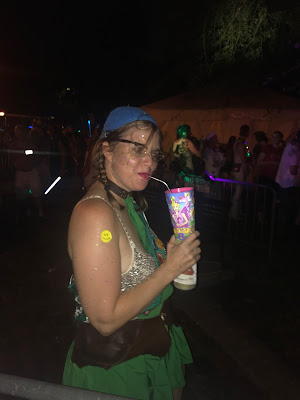 Don't try to understand it. You really had to be there.
Posted by Murphy's Law at 9:14 PM