Ramping up for the last week-end before Mardi Gras day.And Mom comes to visit. And since she always brings them toys, the dogs go wild...even Merida, who has not met her before.

Took Mom to some day parades on Sunday. She quickly went from spectator to insane little old lady chasing floats and screaming "Throw me something!" 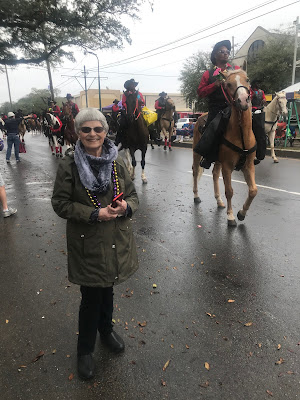 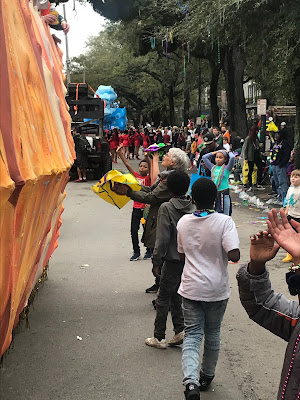 And she loved my parade pal Sammy. 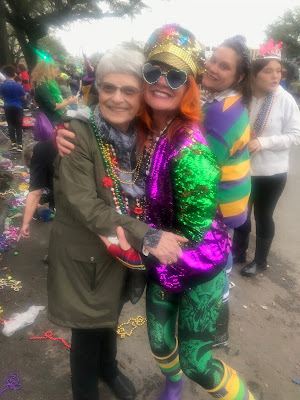 Here she is with some of her swag...most of which she left behind for me to re-purpose. 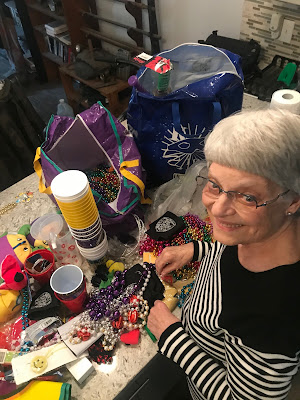 Here Belle explains to my Mom how to be safe at parades. 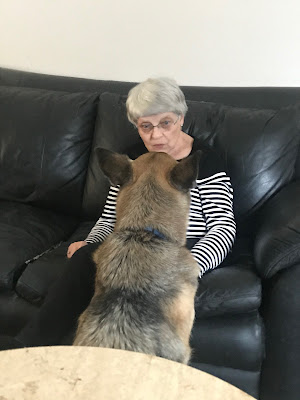 And yes, we were at the Nyx parade Wednesday night where the woman got waffled trying to walk between two floats that were hitched together. Apparently she tripped over the hitch and the second float ran over her. I mean, how do you even do that? No one else in the history of Mardi Gras parades has ever thought of trying to walk between two halves of a tandem float before. But because of her, they ended the parade at that point, not quite half way through it. Naturally all of my liberal friends here are wailing with grief over her untimely exit and I've been humming the "Dumb Ways to Die" song for the last two days.

I also took Mom out to several good restaurants and bars. Here she is with one of my favorite jazz and blues singers, Romy. 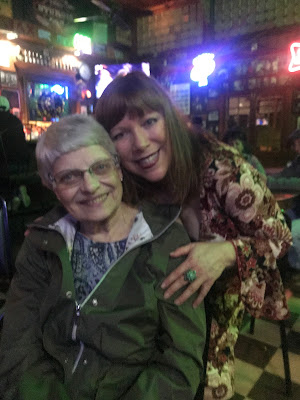 Here Merida explains things to my Mom. And they got on great. My mom now has three "grand-puppies". 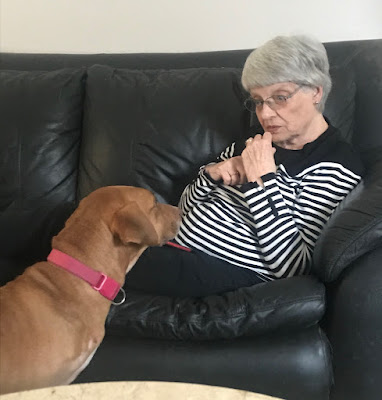 Now Mom's gone home and I'm getting ready for the last week-end of insanity, balancing between partying and working at parties for the $$$.