So last night, Aaron of The Shekel blog came to town for the shoot tomorrow.

Weather being good, we went out to the airport. 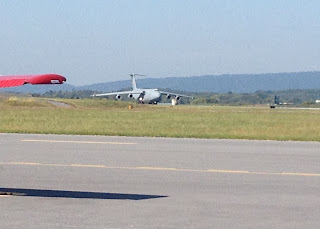 We flew too, but with a sightly more humble steed: 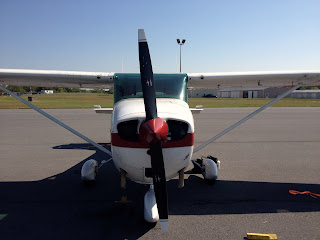 We took off and flew over Charles Town and the Lair for a bit, and then headed up the Shenandoah River.
Here, Robert Byrd's useless 4-lane Bridge For No Reason is nearing completion. 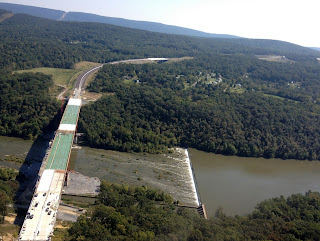 This bridge caps the end of a highway project making a non-stop 4-lane out of Route 9 from Martinsburg east to the state line, but it's of no real use as the Commonwealth of Virginia has refused to widen their portion of Route 9, so it just goes back to two-lane highway again. But hey, it was only tax money, right?

Then it was up the river, passing by a quarry that we're going to get around to diving next time Aaron's down. 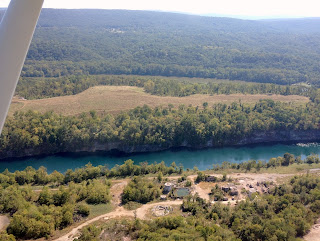 We took a couple of orbits around Harpers Ferry next. 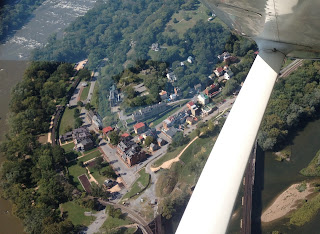 Aaron seemed a touch apprehensive about this banking turn for some reason.

Then we went east down the Potomac River to Brunswick, Maryland. 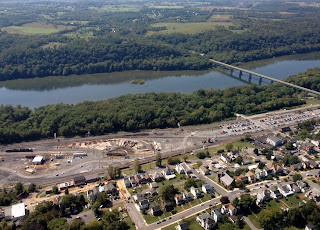 There;s the CSX rail yard below, and the remains of the old roundhouse and turntable. 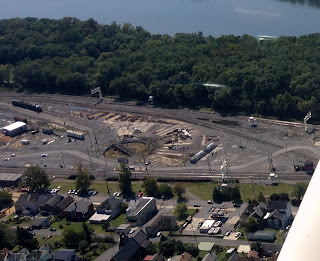 Next, we banged an aerial U-turn and skimmed the Blue Ridge to check out Antietam National Battlefield. Aaron got a few good shots of Burnside's Bridge. 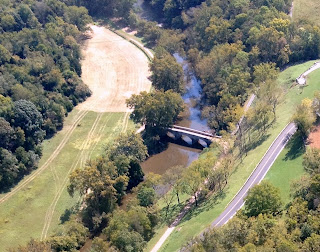 He managed to get a good shot of the old Dunker Church, too. 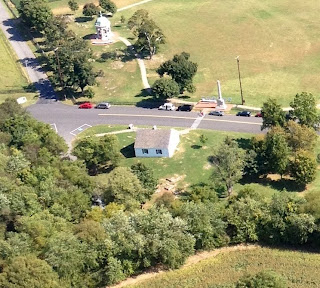 During and after the fighting here, that little white church was a hospital and morgue for some of the roughly 21,000 men who were killed or wounded during the fighting.

Next, I turned the plane over to Aaron for a bit. 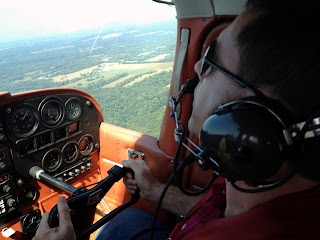 And guess what? We didn't die!

Then is was off to the west again, out over Hancock, MD and to the Sideling Hill Cut that takes I-68 through the mountain ridge. If you haven't seen it close up, it's kinda neat. From the air though...Cool! 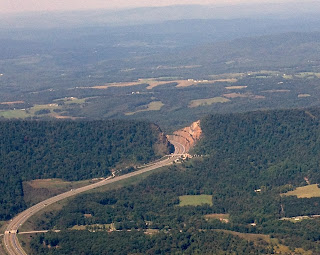 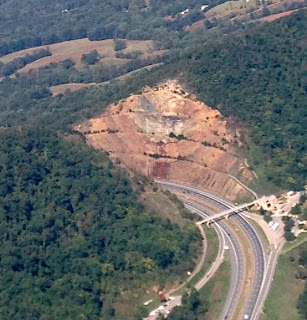 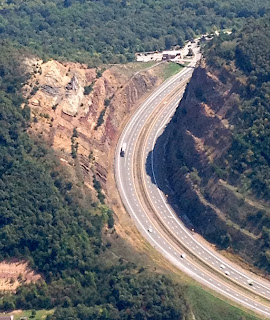 After an orbit or two, we headed back south down the valley over Berkeley Springs and finally back into the airport and down. For it was lunch time, and a burrito place in Shepherdstown was calling.

For more about today's flight, go to Aaron's page here.