At Thunder over Michigan this year, we saw the plane that, if I could have any one thing with wings, would be in my hangar, at least during those rare moments what I was not flying the wings off of it. 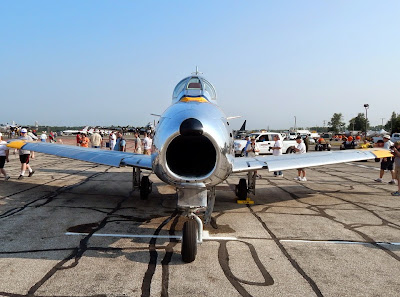 The North American F-86 Sabre Jet--a true thing of beauty, both then and now. 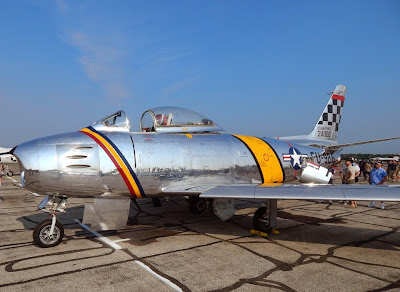 First flown in 1949, these aircraft enabled good pilots to sweep the Korean skies clear of Russian MiGs, and some of the nearly ten thousand built were flown by 29 other countries before the last ones were retired from the Bolivian Air Force in 1994. Fast and agile, they were wonderful aircraft and the few that still fly airshow circuits today are worth going to see. 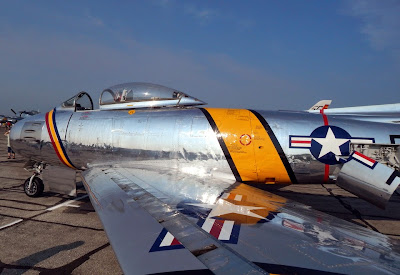 And here's the business end of the General Electric J-47 engine. 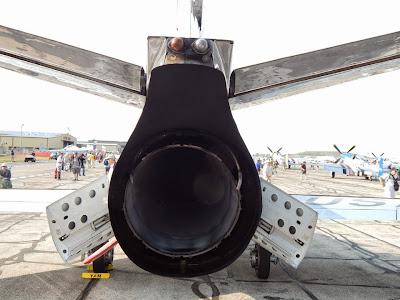 This one is an F-86F, one of the later-produced models. 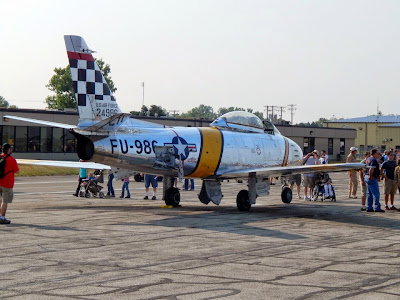 
This aircraft I need. When I buy lottery tickets, I'm really just paying a dollar to dream for a few days of having one of these. With operational .50 machine guns, of course.