I was going to post this yesterday but I decided that it was going to be General Yeager's day. I checked with Murphy and he was good about it.  Crazy old dog...can't believe it's been ten years.

Ten years ago, the dog foster drove down from Maryland to mi casa in West Virginia and dropped off this dog.  "Can't sell him to you because the rescue considers him too dangerous. Just take him. And if you really have trouble with him, you can bring him back."  With those words of encouragement, they snuck out of the house while the dog was exploring and they were gone. And this dog cried and cried, because he'd been abandoned by his people again.

And he was a handful. He was spirited and usually obedient, but only when he was within arm's reach. And he knew. So we had issues like this:

And him "helping" me reload ammunition:

We had a lot of disagreements those early days, because he'd been abused and neglected and was almost feral after a spending year in the dog pound, but he came around, and while he's never been the "perfect" dog, he's a damned good dog, and that's good enough for me, 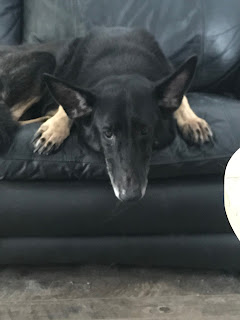 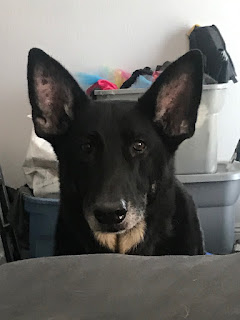