Last Thursday was my father's birthday. He'd have been 79 years old. But life seldom works the way we'd like, and I inherited these shotguns a little over eight years ago.

This week-end, I took them out to the range to remember him. I brought a box of game loads for each of them and took down a fair number of clays in his memory. 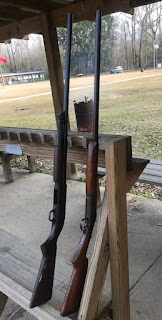 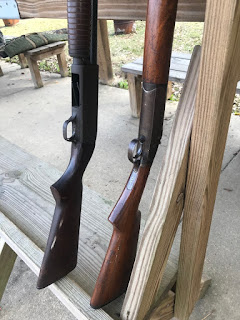 The 12 gauge Ithaca that I once gifted him was right on, breaking 22 of the 25 clays. It was an old parkerized police dept. gun that came with an 18" barrel but I fitted it with a 28" barrel for him for hunting...and he lost the 18" one somewhere over the years. (If any of you have one that you don't need, I'd love to replace it...) 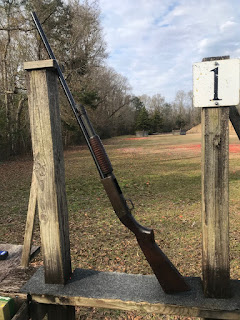 The little Iver Johnson single shot 16 gauge that he bought as a teen was a little less effective as the bronze bead on the muzzle broke some time ago and requiring me to hold under the clay just right. I don't have it quite down yet, but someday... 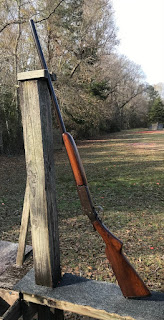 It was a great day to be out, a cool and crisp 45 degrees and sunny...just like those fall days in Michigan like we used to go out in together. He'd have right at home here...and he'd have bitched constantly about the cold. But we'd have had fun.
Now the guns are getting a proper cleaning and oiling and I'll consider fixing that Iver Johnson front bead. I haven't decided whether I will or not yet but I probably will. Had he still been here I'd have fixed it for him just to keep him from blaming it every time he missed something.
I do miss him.
And most of the day as I shot, and traveled to and from the range, I couldn't help but hum this song by the great Elton John. It came out when I was just a kid, not even old enough to ride a bike, but I never heard it until decades later. It has meaning for me now.