Today was actually a nice day in Louisiana. No hurricanes, no 90-degree/95% humidity weather...just a nice fallish day. So I packed Old Murphy up in the car and we went out and had a morning, just the two of us.
And no, his sisters were not happy about being left behind. But we needed this. 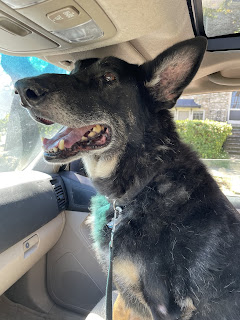 It's no secret that Murphy isn't a young dog any more. I got him back on December 8th, 2010, almost 11 years ago, and he was at least 2 years old then. 13 years is old for a German Shepherd. And I'd be lying if I said that he wasn't showing his age.
He was fast once; probably the fastest dog I've ever had, especially when he was bolting away from me, doing his own thing and reveling in the freedom. These days he just walks, stiff-legged and slow. He's got the arthritis. But damned if he don't still get around just fine.
First time I saw him, he was trying to jump an 8-foot chain-link fence because he was hell-bent on sinking his fangs into me. He wasn't exactly friendly or socialized. And it was a year of constant work before I could even trust him around anyone else even on a leash. But these days he's beloved everywhere in the French Quarter, welcomed in many bars, and a favorite of the neighborhood kids. His jumping days are past though; he can no longer get into the truck without help, and he's even quit climbing up on the furniture. He still gets up on the counter and steals my food though.
He's a lot slower these days, but he's not done yet. Not by a long shot. Still, we're at the point where I like to just go spend some quality time alone with him, and enjoy the world at his pace. So today we went to Audubon Park, where he got a good brushing and a nail clipping (he hates both) but then he got to go walkabout and sniff all the things and get the pets. And of course he had to pose. 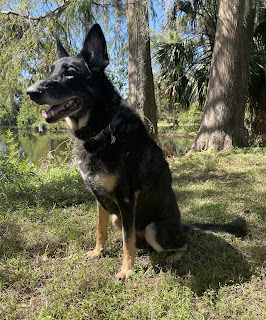 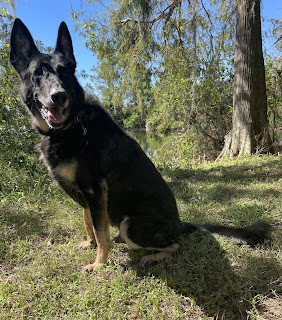 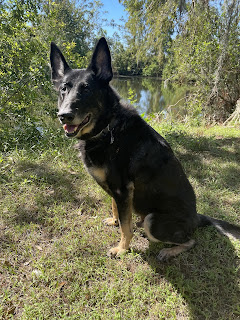 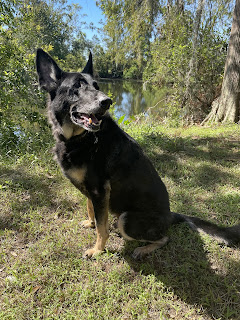 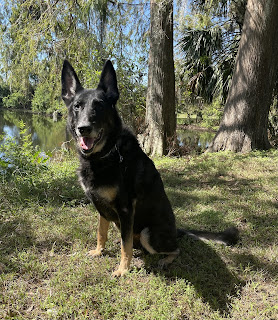 Then it was home for a nap. It was a good time out but now a nap in the sunbeam by the window was in order.
He's a senior now but he's still a serious watchdog and loyal defender of the Lair. And he's still my pal.
Posted by Murphy's Law at 8:44 PM