Last night we had our first New Orleans parade in over 18 months. It was the Krewe of Boo Halloween parade, traditionally the first real parade of parade season, which runs through Mardi Gras (This year, March 1st). And it was rushed and kinda small since the city only green-lighted it two weeks ago. Still, they managed to pull together a show with 14 floats and each one had a complete marching band and/or dance group in between them. It was vintage New Orleans again and for the first time since Covid hit, it started to feel normal again.

But one thing that caught my eye was this large sign on the very first horse-drawn wagon leading the parade: 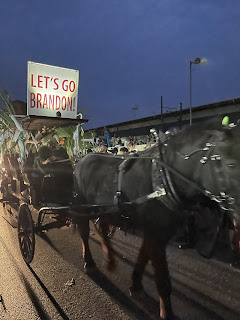 This isn't Cajun Country or North Louisiana. You'd expect this sign there--and sometimes a lot more--but this flew downtown New Orleans, on the little blue island in the middle of the big red lake that is Louisiana. This it the city that  mourned when Trump was elected and voted overwhelmingly for Biden two years later. And last night, this sign led the parade and was applauded. Wow. If that's not a sign of interesting things to come next election, I don't know what is.

(For those not in the know, all three of you, it's a polite euphemism that means "Fuck Joe Biden". And it's popping up everywhere. Even here.

As for the rest of the parade, It was fun and I'm still mildly hung over. 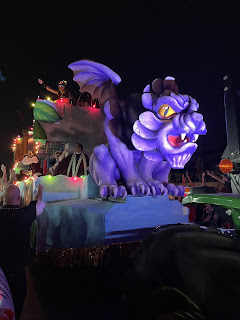 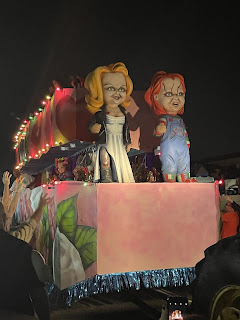 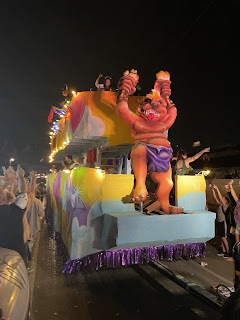 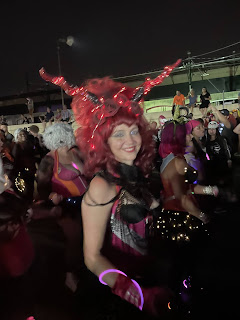 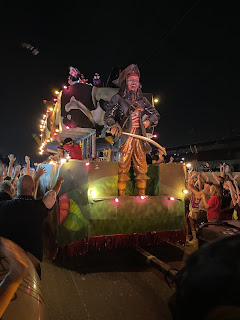 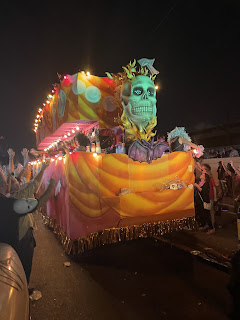 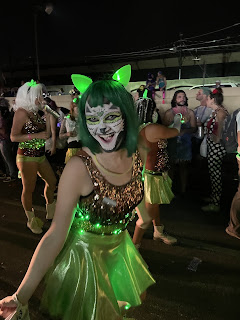 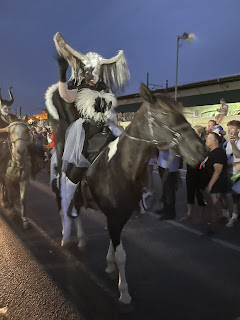 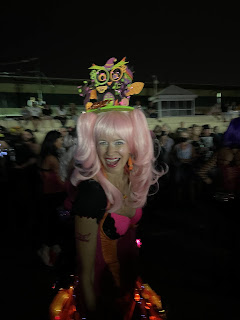